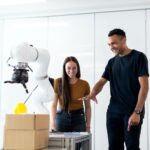 CIT is excited to preview the FY21 CCF solicitation! Learn more about this inaugural round with this slide deck, including the timeline, eligibility criteria, target industry sectors, the two-part application process, review approach, and more. We will launch the RFP in early January, so stay tuned! In the meantime, virtual briefings for January and early February are scheduled and registration is open. Check your calendars and don’t delay in joining one or more of these sessions to learn about the solicitation from members of the CCF team and ask questions.

Are you with higher ed or a company not eligible this round? While this year’s solicitation targets companies with traction, future rounds will expand funding opportunities. Make sure to add yourself to the listserv to receive announcements.